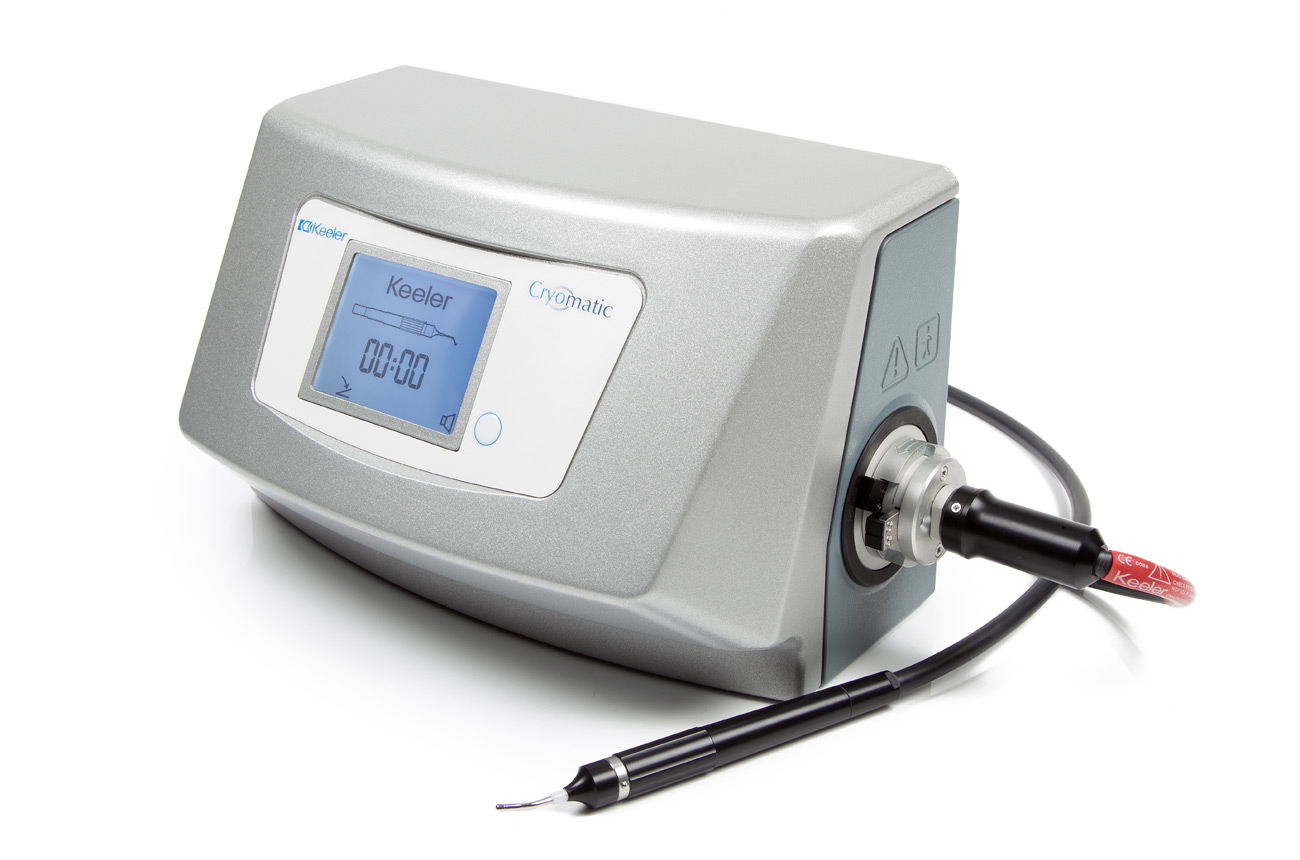 At Nu Perspectives we design, manufacture and test cryoprobes and one such probe is a device we worked alongside Keeler to design and develop.

Recently a member of the Nu Perspectives team, Darren, whose role is to test the probes, underwent eye surgery for a detached retina. By strange coincidence, the surgeon was using one of our Keeler probes to reattach the retina by using cryosurgery.

Just days before his cryosurgery, Darren had started complaining about flashing lights in his eye. He knew it was a sign of a retinal tear, as he had suffered with one in the past.

At the hospital Darren had a retinal examination which revealed that he had torn his retina again and the fluid inside his eye had leaked through the tear. The retina had been pushed away from the eye by the build-up of fluid between the eye and the retina.

The surgeon warned that although retinal tears do not usually cause vision loss, retinal detachments almost always do. It was critical that Darren underwent surgery immediately to prevent the possibility of losing his sight.Pneumatic Retinopexy, involves an injection of air, or a gas bubble, into the back of the eye. The gas bubble expands and seals the tear to prevent more fluid from leaking through it. The unwanted fluid under the retina is eventually pumped out by cells in the retina, allowing the retina to reattach. Over time, the gas bubble is replaced by a natural fluid created by the eye, until fully healed.

In his follow up appointment, Darren was told that his cryosurgery had worked brilliantly, and that the retina was now fully re-attached.

The surgeon explained that by using both cryosurgery and laser treatment, he had been able to irritate the tissue causing it to grow and form a strong seal along the tear. After examining Darren’s eye, he commented that the cryo had done a much neater job than the laser.

The surgeon shook Darren’s hand at the end of the consultation and thanked him for doing a great job with the cryoprobes.

Cryosurgery, using Keeler probes, is now common practice for detached retina and there are many procedures every week to help save people’s sight, using this technique.

At Nu Perspectives we are very proud of the part we play in this amazing process.